Product prices and availability are accurate as of the date/time indicated and are subject to change. Any price and availability information displayed on [relevant Amazon Site(s), as applicable] at the time of purchase will apply to the purchase of this product. 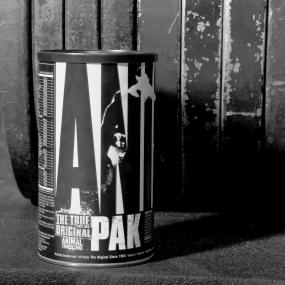 Since 1983, Animal Pak has been helping elite weightlifters get more out of their performance than any other product. From world record-holding powerlifters and Olympic competitors to champion bodybuilders and athletes in general, Animal Pak has been getting the job done for over three decades. It works the first time, the last time, and every time. Animal Pak has stood the test of time. It contains everything you need and things you may not realize you need as a hard training athlete. When you’re competing at the highest level, do you think your regular multi is going to cut it? Think again. Weekend warriors might be fine with a regular daily, but not you. Each packet (or “pack”) of Animal Pak contains mega-doses of necessary vitamins and minerals. Vitamins (organic) and minerals (inorganic) are pharmacological agents and catalysts. They can exert ergogenic/anabolic benefits and function as the spark plugs for activating all the necessary chemical reactions which make training and building muscle possible. With Animal Pak, you get plenty of what you need – vitamins and minerals – and some key extras too. Animal Pak features performance optimizers such as pyridoxine alpha-ketoglutarate (PAK), carnitine, lipotropics, L-arginine, alpha lipoic acid, eleuthero, and the like. In every pack, you get a vast arsenal of over 70 key ingredients that are delivered in the right amounts at the right time, every time. Each of the 11 tablets included in each pack has been specifically formulated to deliver the goods. Consider the Animal Pak as the cast iron skillet of your supplement program, your body’s first line of defense. If you train with weights, then you should be training with Animal Pak. Remember, while most supplements have come and gone, precious few have stood the test of time. When you’re ready for the best, step up to the most trusted name in serious weightlifting nutrition. 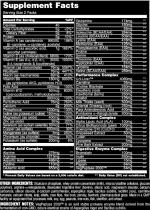 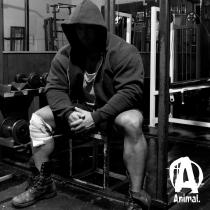 Animal. It’s a mindset, a way of life.
View larger

Some say a hundred pounds is a hundred pounds. In absolute terms, this is true. But life is often relative and a stack of plates on the bar can mean very different things. To the rookie, those plates might add up to an intimidating number – one that becomes a future goal. To the seasoned weightlifter, it’s a one rep max. To the best in the world, it’s nothing but a warm-up.

The same is true for Animal Pak. Some believe it’s a nutritional luxury reserved only for the best. For others, it’s an absolute necessity – nutritional insurance taken daily to help maintain peak performance. Whether you are new to lifting or one of the world’s elite, Animal Pak can help you reach your strength and performance goals.

Who We Are & What We Stand For

The story begins in Linden, New Jersey in 1983. In that year, a passionate team with a commitment to excellence produced the very first can of Animal Pak. Over three decades later, Animal Pak is stronger than ever. Today, the name Animal Pak is known around the world. But Animal is more than just a name. It’s a promise. It also represents a simple belief, a forward-thinking idea – that through hard work and dedication, you can be better than you were today, stronger than you were yesterday.

This is our belief and it’s part of our mission. When you purchase any Animal product, know that we stand behind it with great pride. As the manufacturer, the buck stops with us. As the manufacturer, all of our products are still made in the U.S. If you ever have questions about anything we sell, we encourage you to contact us.